Since most Rolex case backs have a date code stamped on the interior side, many collectors, dealers and auction houses use them to date Vintage Rolex watches. While this may be the most logical method, we should be aware that this assumption may not be correct in all circumstances.

nother source of debate is the meaning of the Roman numerals stamped just prior to the year. Since most of these numbers appear to be I, II, III or IV, it is easy to jump to the conclusion that they signify the quarter of the year in which they were produced. However, it should be pointed out that there are examples of case backs with higher Roman numerals (right) than IV, which contradicts the idea these were quarters. A very similar coding system was used by Rolex on literature from brochures to guarantees. All the Roman numerals appears to be between I and XII, which suggests these numbers represent the month of production.

In conclusion, case back date codes can be a very useful indicator of the year in which a Vintage Rolex watch was produced. This is especially true when the year is confirmed by one of the charts or specimens from the same serial range. However, it should be noted that case back dates were not intended to represent the date of manufacture by Rolex per se. 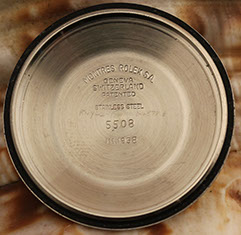 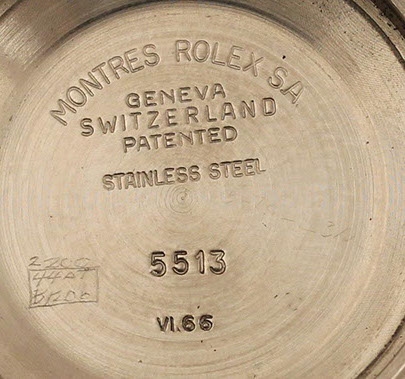 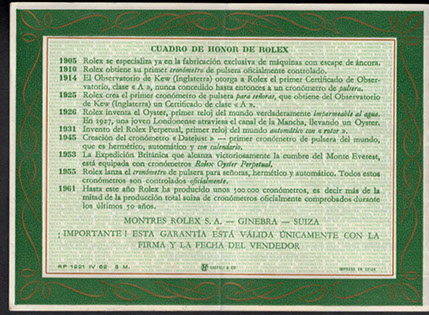 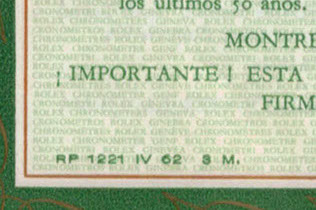 This case back example from 1966 has a Roman numeral VI, which exceeds the four quarters in a given year. 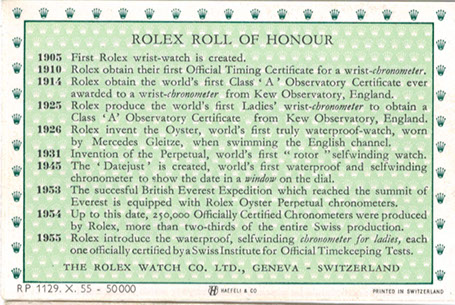 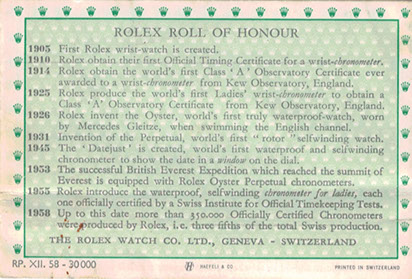 Production and date codes on Rolex paperwork appears to use a similar date codes to case backs. A roman numeral, probably represents the month or batch number followed by the year of production.