When it comes to Vintage Rolex, hands are probably the most frequently changed parts during service, with the exception of movement components. So it is not surprising that many watches do not have their original hands. Most collectors would agree that having a correct set of hands is second only to the dial when it comes to having a complete watch, also known as "Full Factory Specification." Having the correct set of hands as it was intended by the designers also gives the watch a well balanced appearance.

Given the high value of Vintage Rolex timepieces, especially Submariners, understanding how the watch was configured at the time it left the factory, can be a financially worthwhile endeavor.

It should be noted that this section only addresses stainless steel models of the Submariner, GMT Master and some Explorer models. There are other limitations to the scope of this compilation due to anomalies that may exist for a number of reasons, including:

If you have any comments or additional useful information, please feel free to contact me.

The Luminous Material section may offer additional information that may be useful in evaluating hands because of the distinct glows that emanate with exposure to UV light. 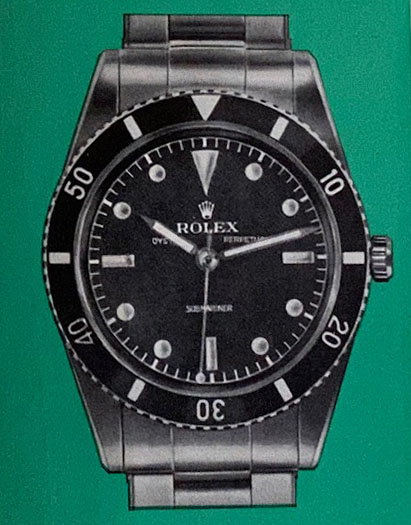 Reference 6204 as illustrated in a Rolex catalog printed in 1954.

The hands that were used on Rolex Sport models varied greatly in terms of their appearance. Inevitably, their diversity has led to some difficulty for dealers and collectors alike in determining the "correctness" of some configurations. The following guide should be be helpful in clearing up some of the mystery and establish guidelines that may be helpful in the classification of Rolex hands.

There were two "Styles" of hands produced for Stainless Steel Rolex Sport Models that fall into two distinct time periods. 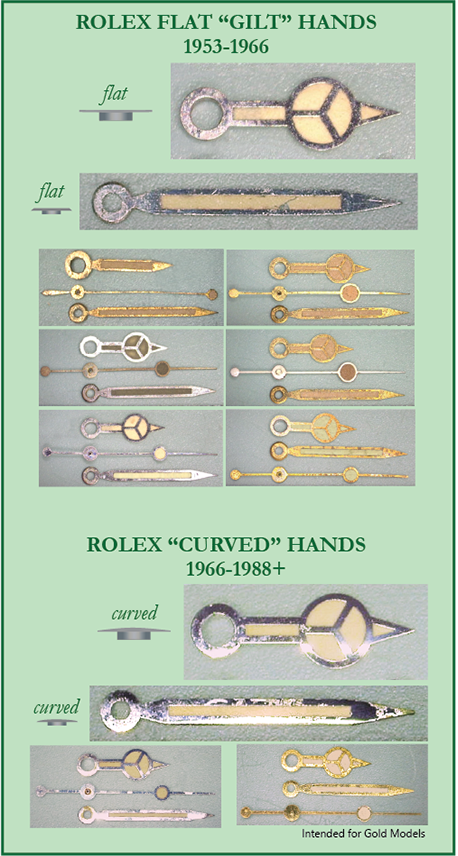 Rolex designers went to great lengths to make their watches appear aesthetically balanced. in order to achieve the best visual appeal of the dial and hands when assembled, the minute and sweep seconds hands were designed to have the illusion of gliding above the dial, barely grazing the minute track as they moved about the face of the watch.

In order to achieve this, the sweep seconds and the minute hands were manufactured in three (3) distinct lengths when measured from the center post to the tip. These lengths or sizes were specific to the dials for which they were designed. Based on this assumption, we can deduce the  intended years and reference models for which hands were produced.

1963 was a year which saw the greatest number of dial variants produced up to that point specifically for Sport Model references. During this year of transition, the Submariner, GMT and Explorer dials evolved from the Chapter Ring minute track into the Open minute track design. It is not surprising that hands used during this year also saw a bit more diversity than prior years. One manifestation of this divergent year, are some of the early Open Track dials that are manifested with hands that reach past the hash marks of the minute track. This visual element was probably not intended by the original watch designers, but ended up to be a practical choice for the technicians tasked with assembly quotas. In addition to the divergence in length, it is also not uncommon for the sweep seconds hand finish or color to be different than the hour and minute hands during this period. 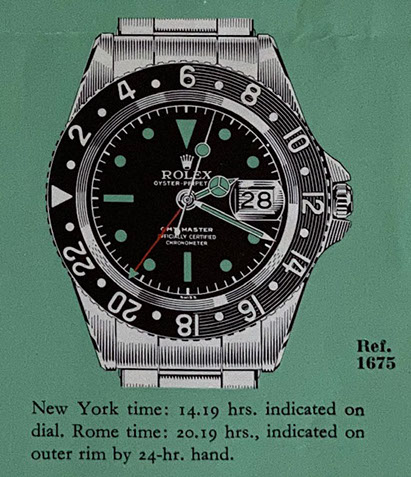 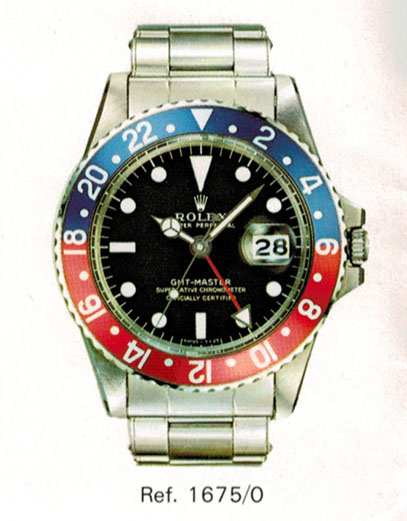 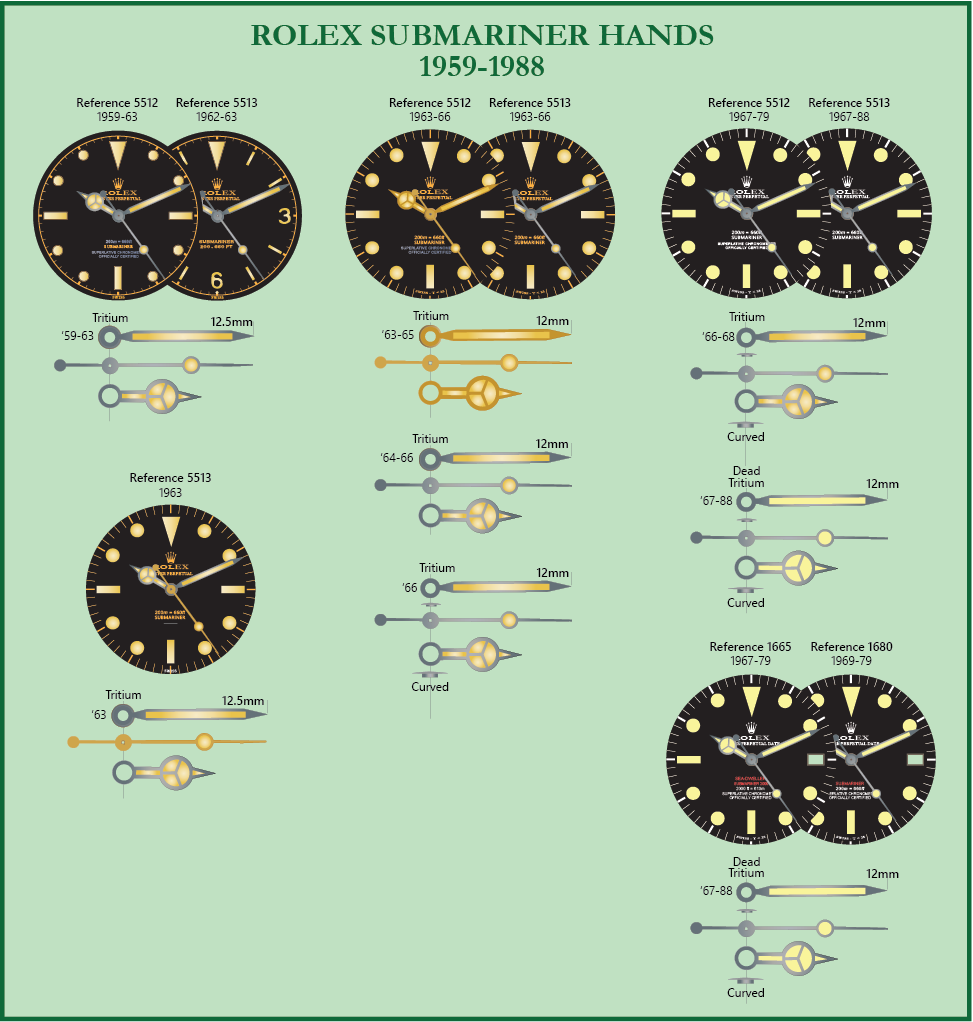 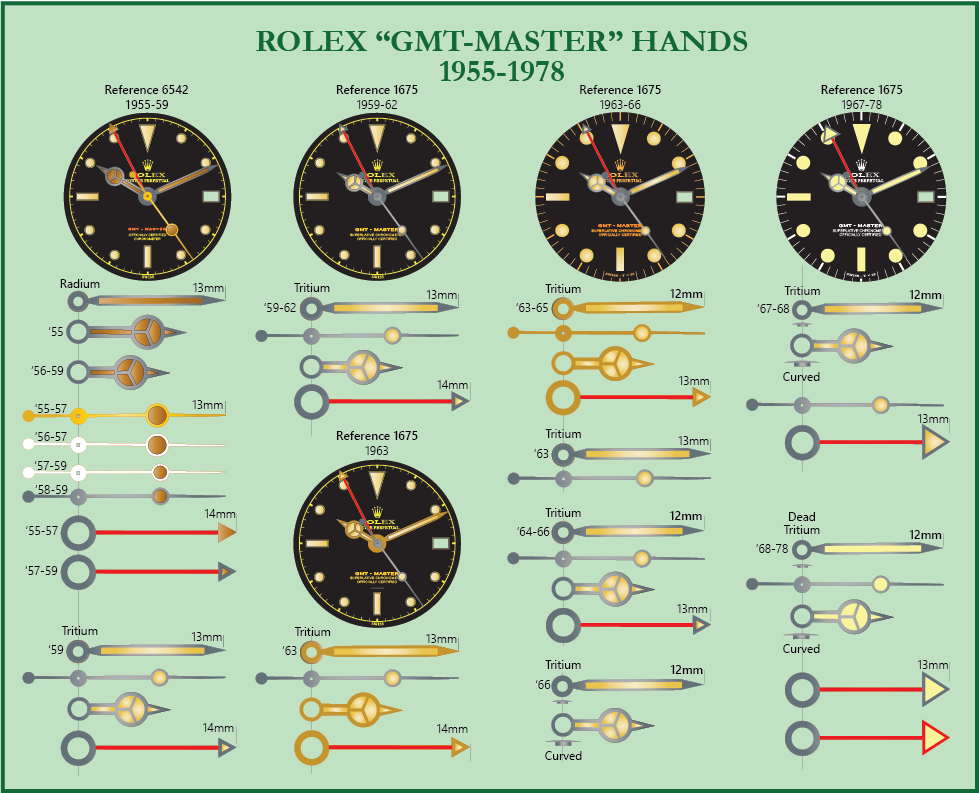 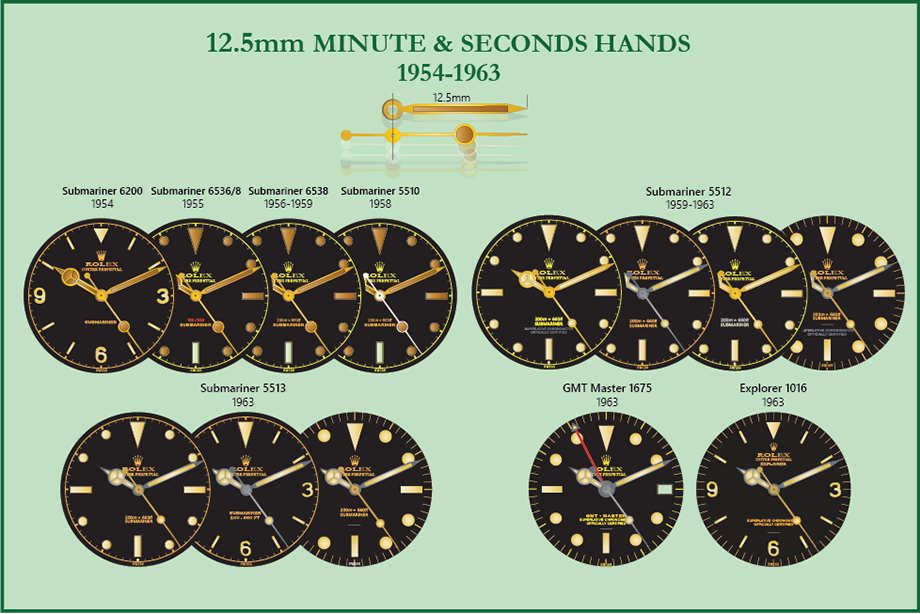 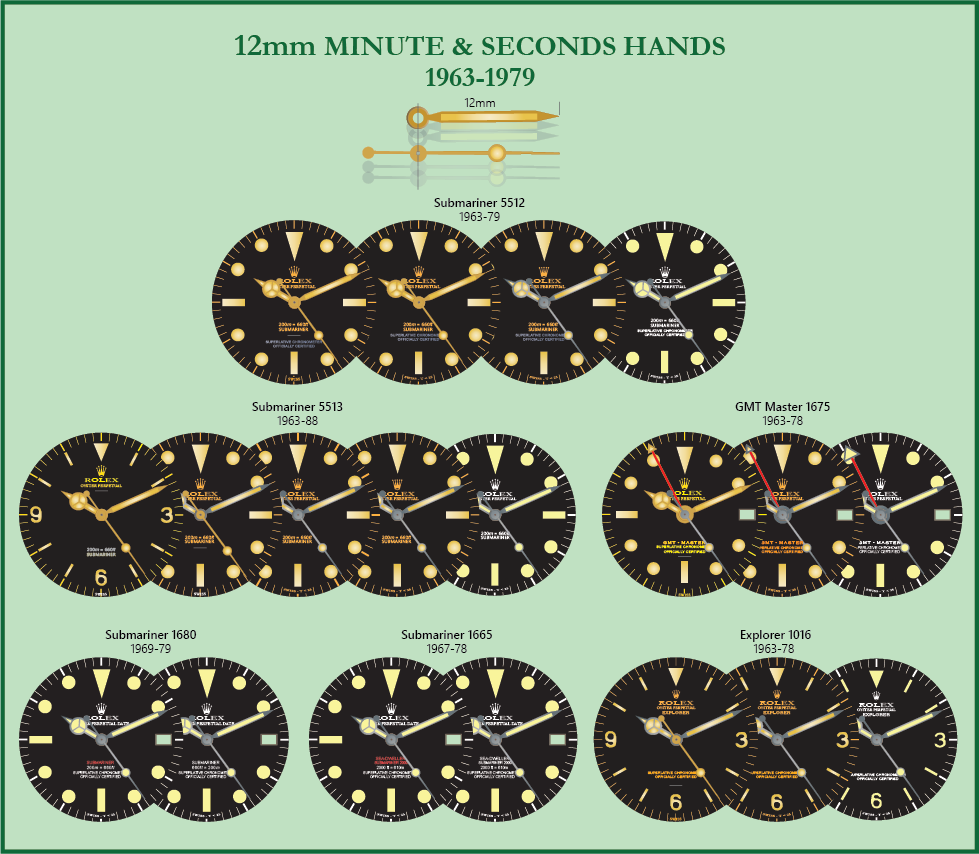 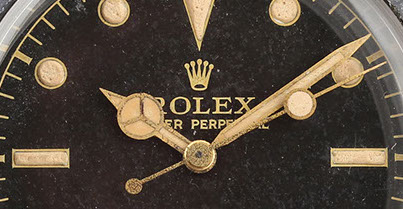 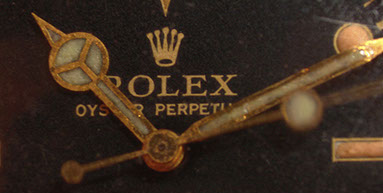 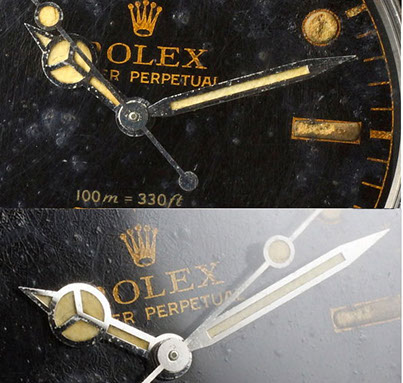 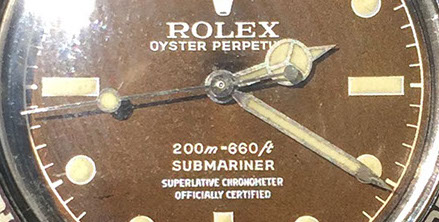 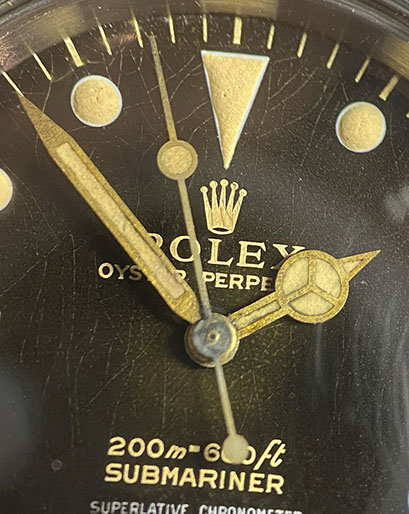