During the Small Crown era, most Swiss watch manufacturers, including Rolex ordered dials in batches from third party manufacturers such as Singer, Stern, and Beyeler. These "Original" dials were used to make watches with a limited supply of spare dials remaining to cover future service center needs. Over the coming years, when the Original dials ran out, Rolex ordered additional dials from the  dial makers. These batches are known as "Service Dials" because they were intended as replacements during service.

Service dials are similar but not exactly the same as the originals they replaced for a number of reasons. The manufacturing process of gilt dials during the 1950s did not lend itself easily to perfect reproduction from batch to batch. There were small changes to the cliche designs and improvements to the manufacturing techniques, including he use if Tritium, also changed the overall appearance of Service dials.

Dial replacements were routine and commonly mandated for slight or insignificant reasons by the Rolex service centers. It is not surprising that original Small Crown dials are are much rarer and more valuable in today's market as a result. Most dealers and experienced collectors have learned to recognize the sometimes subtle differences between original and Service dials, but they can still be challenging to discern. This is especially true of the Gilt Service Dials that were manufactured in the early 1960s, sometimes only a few years apart from when the Original Dials were made. 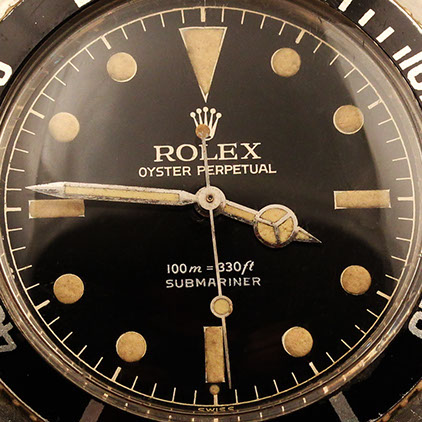 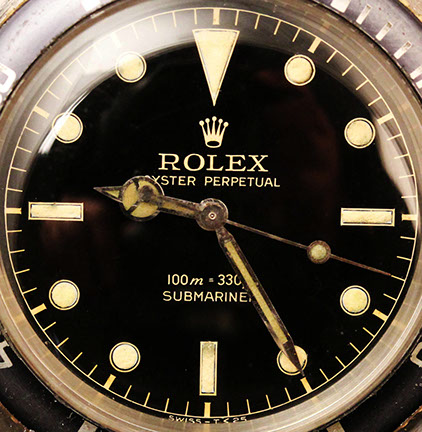 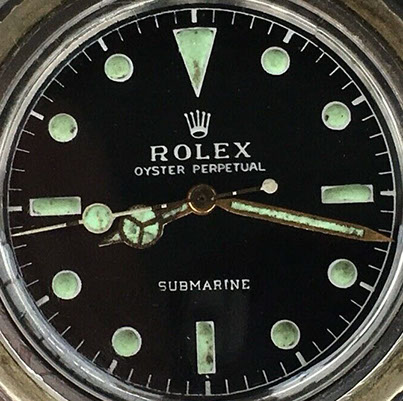 Refinished/Reprinted dial with after-market luminous material.
When Service dials were not available, some original dials were sent to be stripped and reprinted, resulting in this hideousness.
Original Gilt (Flat) hands circa 1957 with correct length Big White Bubble weep seconds and Minute hands. 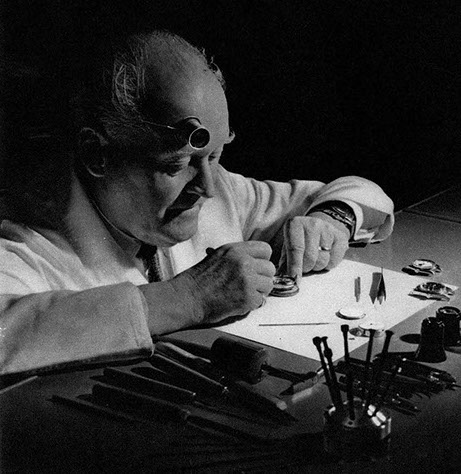